Motherhood is a source of joy, hope, and laughter in so many things. But I can’t talk about that right now. Right now, I have to be completely honest and get my matches. I have to set this fire so that the other lost mothers can see me here.

Motherhood has been a huge source of fear and anger for me, and I’m going to tell you about it. Not that I’m looking for sympathy or whining about it. This is just because I don’t think we ever really talk about the anger part of it.

Women are not “supposed” to get angry. That’s how our society is set up. A woman’s anger is seen as irrational, risky, emotionally charged, and wasteful. Wasteful has always been the kicker for me. Like the anger itself is a striving after wind (it is, but that goes for a lot of anger, including that of men) because the source of the anger is too weak to do anything with it.

Fear & anger. Why, you ask? Let me just brain-dump here. Bear with me.

Fear: I am not good enough for this job. I know women who cannot conceive. Women who have lost babies. And I’m sitting here, absolutely FILLED with the knowledge that I’m not good enough for this job. That’s the God’s honest truth of what my heart believes and what I have to work against every day of my life. Is that too strong of a statement? Does that freak people out? I honestly don’t know, but I just know…I’m not calm enough, sweet enough, patient enough…I’m not enough. That’s how I feel so much of the time.

Anger: I’m angry at the bar that mothers have to be “good enough” vs. the bar for guys. I’m sorry guys, I know there are so many of you out there who are incredible fathers in your own right. I know you’re not all looking for a pat on the back, for reasons that have nothing to do with the so-called “bar” that’s set. But let’s be honest – a lot of dads could show up occasionally, maybe coach little league once in a blue moon, and hug their kids sometimes, and that would be considered incredible on Dad Scale – and celebrated. Usually by older folks – the same ones women like me are dying to get guidance and encouragement from. “Oh, he’s such a good father.” But I feel like the things I need to accomplish are SO MUCH BIGGER than me. And I’m desperate to get them done. I’m desperate to be enough. It just gets to be so overwhelming and I feel so defeated sometimes. And these are the truths of it, and I don’t understand what’s kept me from saying it before now. It’s not just the usual plethora of pre-reqs – be kind enough, firm enough, patient enough, pack a decently healthy lunch, don’t use the “bad” sunscreen, make time for self care, be healthy enough, skinny enough, not too skinny, look rested, work hard, HUSTLE, don’t stress yourself out, don’t pay attention to other people, be on time for things, don’t be “too” perfect cause then other moms won’t like you, have strong opinions, but not too strong, make your kids do laundry and learn how to do household tasks, but LET THEM BE KIDS, soak it up! Soak it up! SOAK IT UP!!

All I really care about it is that I just want them to be okay. But the despair and loneliness of this job…dear God. I’m drowning.

Fear: Maybe we want one more. Yes, I realize it’s insane. Who in their right mind is sitting there, barely treading water, and shouts “Toss me another brick!” But things are already insane, and this isn’t a dress rehearsal for my real life. This is THE DANCE…I don’t get a do-over in some next life. I don’t want to have any regrets (BTW I have tons of them). People ask “What are you thinking?” That’s the reaction I get if I don’t immediately answer questions about family completion with a firm “no.” What would happen if I did say “NOPE! We’re done!” Would I get an approving nod and a “Yes, that’s probably a good idea?” It’s insane to me how people react to this one thing. Nobody ever stops to say “Becky, you’re a good mom. You can do it.” I mean, occasionally I hear this from my husband and my best friend that lives two blocks away, but he’s kind of obligated to say that, you know? And my best friend (Hey Jess – love you) doesn’t really see all the ways I screw it up. Maybe I’m being dishonest because I don’t show that as much? Maybe I should’ve written this post years ago. Guys, I’m sorry I wasn’t honest about this until now. Maybe it’s because I work from home and only seem to wear the same black yoga pants 3 out of 7 days of the week. Maybe it’s because a lot of my former friendships have petered out. I dunno. But the silence when there’s a huge, gaping hole in my heart about the job I’m doing as a mother…it’s deafening. It gnaws at me. And some days, it just takes a big bite out of me. Today is that kind of day. Huge bite. Lost an arm. Typing this blog post with one hand. THAT kind of day.

*This is the part of the post where I mention that yes, I am PMSing, for all the MEN THAT ARE READING. Like you wouldn’t believe. Post-baby periods/mood swings can be pretty dramatic, but after this third child? DEAR GOD. And no, that does not negate the validity of this post.*

Anger: Bandwidth. Who came up with this term? Is there any mother who ever had enough bandwidth to handle all of it? Stop saying this shit. It makes mothers want to round up a vigilante brigade of pissed off women, and frankly, I’m not sure our country could handle that. We never had enough bandwidth after the first child. And bandwidth not withstanding, we were already feeling the mom guilt, most of us before our first children were even born. THAT’S the truth about “bandwidth.” And also, don’t throw IT terms into mothering if you’re not going to acknowledge that most moms (RIGHT HERE!) don’t have much of a “network.”

And the grand finale…the big Kahuna.

Fear: I’m scared to death that if I don’t do this right, my boys might turn into some version of every man who ever hurt me. This one is so, so heavy. But I have to get it out. Does your mother know what you did? Does your mother know how you hurt me? I wonder these things about guys from long ago (college). This is where regret turns into fire and burns me up. This is where real hurt and real sin does all the talking for me as a mom. I fight this one every day of my life. Because the scariest thing to me is that I could do everything right, do my very best, and one of them might still turn into ______________. And yes, ______________, if you’re reading this: I do still think about you, in those moments when Russell does or says something that makes me feel invisible, or Henry pushes someone down, or Odin takes a toy from Henry and then laughs while Henry cries. I think about you, and I am scared to death. And I’m sure I’m not enough in that moment, because I wasn’t able to keep you from doing it to me, so how will I ever be enough to stop them from turning into this thing, this thing I am terrified of?

I hope and pray that one day I find a way to banish this fear. More than any of them, I want to be rid of this one. I say that I must be on some mission because I keep getting boys. I take this responsibility so seriously. But what happens if I fail? What happens? That…is my absolute greatest fear.

There’s so much beauty in this experience of raising these little boys. But there will always be this world to contend with, and all my own hurts and sins that make me so sure I can’t get it done. Now, I want to be clear: I do not feel this way every day. If I did, that would be incredibly unhealthy. However, there are dark days where this is just sitting on my chest, and I wonder how many moms are out there maybe dealing with the same thing. Because so much of it is relatable, right? The yoga pants joke. That’s relatable. The “hot mess” status so many of us tend to wear like a badge of honor – totally relatable. The fact that many of our kids aren’t sure where their shoes are? Probably super relatable.

But there’s heavier stuff in there sometimes. And people never warned me about that part. So I feel the need to send up a smoke signal, here in these dark woods, on this dark kind of morning, as tears fall and I offer up all my greatest fears and angers to the Lord, and pray that He will soothe them all. That he will help me be what I need to be. That I will come out on the other side of this journey and feel like I did alright.

This is my smoke signal. I am here. 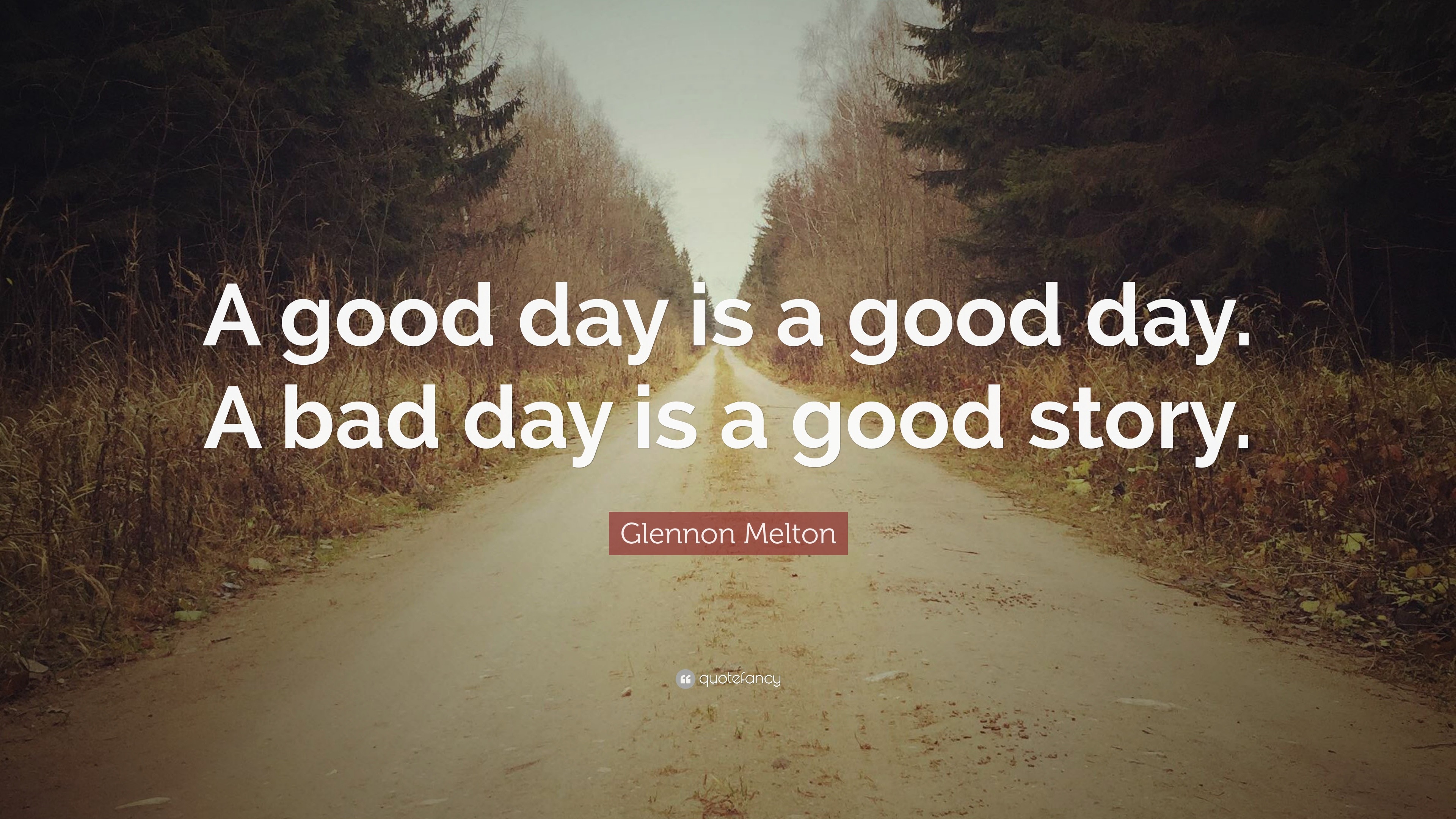