I found myself pleading with my whiny two year old the other day, “Henry, use your words.” It didn’t help that he was whining through a combination of spit, phlegm, and half-chewed Cheerios. Sorry, world, I’m just not one of those moms who can magically decipher the AI-level alternate language that is “Toddler Tantrum.” Yes, I’m aware some people can decode “Blahbarrrakaaaawwwahhhh” as “I want a fruit bar,” and that’s awesome.

I just can’t do it. But I’ll say this for Henry, he’s at least cute when he’s blubbering about his sock being hiked up just a little too high on his leg, or screaming because his toy bear looked at him the wrong way, or whatever it is that has set him off. He’s at least cute. Unlike the tongue-clucking, Judgey McJudgerson grandma I had to deal with earlier at Chick-Fil-A on Pelham.

And I’m pretty pissed about this, and I’ll tell ya why: She didn’t use her words.

I say “Judgey McJudgerson” to illustrate that she was so busy huffing to herself about my perceived ineffectiveness as a parent that she forgot to use basic communication.

Hint: most parenting is not immediately effective. It’s like throwing a penny in a piggy bank and expecting to pay for college tomorrow. You gotta let that ish build up for awhile, ya dig? Parenting isn’t a lump sum deposit, it’s a lot of small payments that hopefully effect a fully formed adult in 18-25 years. I have a friend who told his kid not to leave greasy fingerprints on the wall by the kitchen table for literally years until one day, the kid realized why the greasy fingerprints were there. And he stopped. So it takes time. The fact that this didn’t IMMEDIATELY occur to Granny In The Pink Jorts (hereafter known as GITPJ – y’all seriously, these shorts were EXTRA extra) tells me she either a) doesn’t get it and thinks she did a perfect job on the daily or b) is too old to fully recollect. The pink jorts were involved in the carbon dating on Assumption B, I confess. 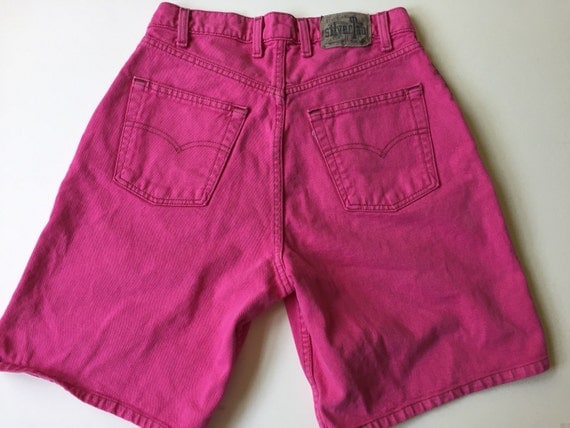 Might’ve been a little longer inseam than this.

I first noticed her the moment she walked in, as I notice everyone and everything, because I never sit with my back to an entrance, note folks as they enter and exit, and also because the traffic situation in the CFA parking lot gives me hives. I cannot handle that many cars swerving past that many children. So yeah, GITPJ sits down in the booth right next to me as I’m talking to another mom while our boys play together in the Pee Palace Plastic Play Place. Other Mom and I both know that there’s more pee in that play place than in most construction site porta-potties, and it’s whatever. There’s hand sanitizer here. The world ain’t burning today.

Pink Jorts’ has three grandkids and her own adult daughter with her, and adult daughter is visibly OVER this day at exactly 11:25 am. She is in on it, the fact that we all brought our kids here to the Plastic Pee Palace so they could kick their shoes off in a glass-enclosed room with poor air circulation and play AWAY FROM US. Adult daughter gets it, but GITPJ does not get it. She’s what I call a Hoveround. Please tell me you remember the commercials.

Seriously the best commercial. One lady is straight-faced. Other one is yelling “Hoveround!” I can’t get over the genius.

She was a hoverer, a leg-humper, a freaker-outer. There was just really no need for it. GITPJ is not leaving the side of her grandkids out of fear of all the horrors that lurk in the Pee Palace, my son included. I get it, he’s loud, he’s intense, he’s easily 8 inches taller than anyone his age. I get it. But there’s a glass wall, and we’re all watching our kids. Easy enough. Over the half hour or so that we were all there, I noticed GITPJ eyeing me at first. Then a few minutes later after her 1,738th trip into the Pee Palace, she was eyeing me and clucking her tongue. Then she added another layer with the judgey head shaking. I wanted to ask her if she was feeling alright. I wanted to ask her if she needed to vocalize something. I wanted to ask her “What in the hell is your problem?”

Because I spend enough of my day trying to decode what little people want. I spend enough of my day trying to guess what’s gonna make other people happiest. I do not need to spend time doing that for a grown. ass. woman. But nevertheless, she persisted. And I realized pretty quickly that Russ was the problem. I gathered him up pretty quickly and got him out of there (no small feat, because of the aforementioned CFA parking lot status, which is SNAFU). GITPJ was still pacing back and forth between the booth and the Pee Palace, head shaking so hard back and forth that her earrings were about to fall off, but not a word out of her.

I kept looking at her quizzically. At one point, I noticed her bump INTO Russ and walk past, huffing the whole way, even though it was kind of her genius idea to go traipsing around the Pee Palace. I could have made a thing of it, but I didn’t. I made eye contact a few times and softened my RBF just slightly, as if to say “Please tell me if my kid is the one who’s being a jerk.” But she was so much more interested in her own righteous indignation than she was in communicating.

So I had to go all FBI examiner on Russ in the car. That’s right, folks. For an entire six miles, WHICH I WILL NEVER GET BACK, I had to interrogate my child until I finally got the truth out of him (he’s a breaker). The truth was: Somewhere in the dark, tube-shaped recesses of the Pee Palace, GITPJ’s grandson had called Russ stupid, and so Russ hit him. Then the younger granddaughter defended her brother by spitting on Russ – took a little chutzpah on her part, if not a little icky. But it’s the Pee Palace, so again…whatever. 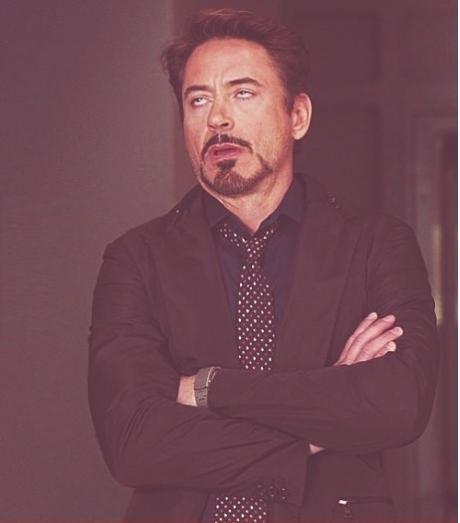 Six year old boys acting like idiots. Clearly this is only one kids’ fault, and clearly I’m totally fine with my kid being a jerk. Cause that totally makes sense

This all happened out of view of any of us. So OBVIOUSLY, couple things:

1) I don’t tolerate bullying, but I also feel like some random kid in a play area calling you stupid is most definitely not cause to hit someone, so Russ is being punished for that. I make zero excuses for him.

2) Kids fight. I  mean…ring the friggin’ presses, but KIDS FIGHT.

3) Adults need to grow the cajones to be the adults. And parents need to be open to being told when their kid is doing something wrong.

If my kid does something wrong, I expect someone to come up to me and tell me. There are ways to do that – and the fact that we need to have a conversation about this is pretty sad. GITPJ could have done this easily by just saying “Hey, I think your son and my grandkids are having a little trouble getting along, can we figure this out?” Say no more, Pink Jorts! I’m on it! I would have grabbed Russell outta there so fast and gotten straight to the bottom of things, and what’s more, Russell would have had the valuable opportunity to apologize to the boy and try to move on peacefully. Would it have worked? Who knows. But the lesson there was important, and Pink Jorts should have stepped off her high horse long enough to communicate that to me.

Listen. I can’t help dismantle the patriarchy if I’m sitting here trying to Guantanamo the truth out of a six year old. Next time, I sincerely hope Granny In The Pink Jorts will come down to earth with the rest of us imperfect plebs and use her words. The truth is, I’m used to being judged. If only Pink Jorts knew just how much more there is that she could judge me on, I mean, I have SO MUCH AMMUNITION for her to use, she really sold herself short on this one. Tip of the iceberg, my lady. But my goal is to raise good men. Men who apologize when they are wrong. Men who value the feelings of other people. Men who stand up for themselves when it matters, but who don’t need to engage in every fight they come across.

She didn’t use her words. And had she done so, she might have seen that Russ is a good kid who got his feelings hurt and did the wrong thing. Not a big deal, right?

If you’re on a high horse today, I hope you’ll come down to earth with the rest of us imperfect parents and enjoy the view. We’re all mad here anyway.