OK, this thing is getting tedious. I’m just gonna knock it out in one post so I can move on (what, I’m not going to quit with three days left).

Two Songs:
One Picture:
This was taken by one of my best friends, Kristen Johnson. The date was July 4th, 2010 and I was 30 weeks pregnant on this date. 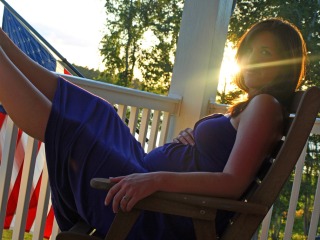